This is Lee the Appraiser here from APR57 Gallery in NYC. We found this original Henri Matisse piece in our storage room recently and had to share this magnificent piece!

This piece was illustrated by Matisse, Henri. Artist signature in print - top left of the image.

Henri Matisse (1869-1954) was a native of Le Cateau-Cambrésis. Matisse originally began his career in law; however, bedridden after an appendectomy, he began to take up painting, using art supplies his mother gave him. Around a year later, Matisse relocated to France where he received his formal art education at the Academie Julian. During the 1890s, he also attended the Ecole des Beaux-Arts in Paris, where he studied under Gustave Moreau. Matisse was most recognized for his human figure, still life, and nude subjects, as well as his impressionism style and work in sculptures, monotypes, aquatints, lithographs, etchings, drypoints, and woodcuts. In his later years, Matisse experimented with cut-out collages. He is said to have been influenced by Neo-Impressionist painters Cezanne, Van Gogh, and Gauguin, as well as pointillist artists Signac and Henri Edmond Cross.This is the first time this piece is on the market.Call or text us at 212-246-2000 for any additional information you need about this piece or any other art pieces that you wish to appraise, acquire or sell. We are the world’s most collectible gallery for a reason. If you have anything that you wish to sell or have appraised, contact us immediately!We’re also on the radio! You can listen to our new, international radio show on New York City’s premier station, WOR 710 AM every Sunday at 8 PM- 9 PM. 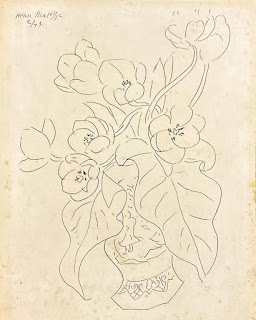