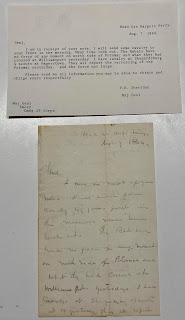 This letter written by United States Army officer and Union general Philip Sheridan is signed and dated August 7th, 1864 with Headquarters Harpers Ferry written above as the location origin of the letter. The letter is addressed to Major General Emory Upton with updates in regards to the American Civil War and The Rebels' activities, in addition to the cavalry to be sent to Major General Upton. Also included is a transcription of the letter.

Philip Henry Sheridan (March 6, 1831[1] – August 5, 1888) was an Irish-American career United States Army officer and a Union general in the American Civil War. His career was noted for his rapid rise to major general and his close association with General-in-chief Ulysses S. Grant, who transferred Sheridan from command of an infantry division in the Western Theater to lead the Cavalry Corps of the Army of the Potomac in the East. In 1864, he defeated Confederate forces under General Jubal Early in the Shenandoah Valley and his destruction of the economic infrastructure of the Valley, called "The Burning" by residents, was one of the first uses of scorched-earth tactics in the war. In 1865, his cavalry pursued Gen. Robert E. Lee and was instrumental in forcing his surrender at Appomattox.

Emory Upton (August 27, 1839 – March 15, 1881) was a United States Army General and military strategist, prominent for his role in leading infantry to attack entrenched positions successfully at the Battle of Spotsylvania Court House during the American Civil War, but he also excelled at artillery and cavalry assignments. His work, The Military Policy of the United States, which analyzed American military policies and practices and presented the first systematic examination of the nation's military history, had a tremendous effect on the U.S. Army when it was published posthumously in 1904.
Appraisal Value: $6,000.00
Our Price: $2,995.00
This item is in Brand New Condition and will be shipped exactly as photographed.
It also comes with:
FREE $6,000.00 Certified Insurance Appraisal
FREE Certificate of Authenticity
Feel free to contact us at 917-439-9610 with any questions you may have in regards to this piece or any item you may be interested in.
This piece can be viewed at our new gallery, APR57.
APR57
200 WEST 57TH ST.
NEW YORK, NY 10019
📧E-MAIL US! Lee@apr57.com
📞 CALL US! 917-439-9610 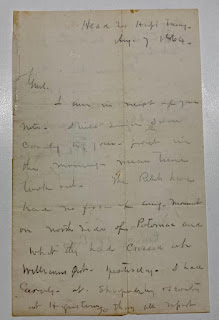 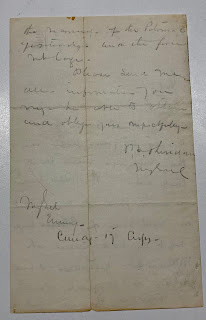