This is Lee the Appraiser from APR57 Gallery, here for another Amazing Appraising blogpost.
Do you all remember Robert Durst? He was a real estate heir and currently on trial for suspected murder.
As some of you may know, here at APR57, we deal with appraisals and have a long background in some of the rarest and museum-quality collectibles in the world. I've decided to take this opportunity to discuss some interesting stories, people, characters, and situations that I have encountered in my 40 years long career.
Today, we're going to discuss a very interesting story about someone who came into our store about 12-15 years ago. An older gentleman-- probably in his late 60s, short, around 5 feet 6 inches, slender built, wearing a suit, comes into the store, and he is saying that he is looking for a specific type of watch. Now we're known to have the largest and most collectible watches in the world. We have over 30,000 pieces in our current inventory. This gentleman requested a 'skeleton style' watch. Skeleton style watch is exactly the name sounds. Skeleton, just like it refers to a human being, you can see the insides. So there are a few watches that you can see the inside through-and-through. This is called a 'Skeleton Back', where you can see the whole movement and the exhibition of the mechanical or automatic movement. Skeleton watches are pretty cool because it allows you to see how a watch functions.
So this gentleman says he wants this specific style watch, not only with a skeleton style back but also with a skeleton style front. There are very few watches in the world that have this style front and back, but that was what he wanted. Long story short, we go through my inventory, and I have a tray of that style of watches, listed with names and prices. I show it to him and he picks one out and he goes, "This is the 'skeleton' that I want." Now, this is interesting because he calls it 'skeleton,' not 'skeleton watch.' Okay. So I ring it up for him and he puts down a small deposit for it so he can pick it up tomorrow.
In the process of writing up his order for him, as he's writing out his name, I see, 'Robert Durst.' The hairs on my back stand up, and a shiver runs down my spine and through my skeleton, may I add. This is the gentleman who has been accused of murder, at least three times. He is the brother of Douglas Durst, the prominent real estate developer in New York City. Robert Durst has been accused of murder on at least 3 separate occasions. He reportedly killed his former wife, Kathleen McCormack his friend and confidant, Susan Berman, and his neighbor, Morris Black.
Durst has admitted to killing Black, though claims it was in self-defense. Although Black's dismembered body parts were found in a bag dumped in a Galveston Bay, Durst was acquitted for Black's murder. Since Black's head was never found, they could not charge Durst.
Anyways, Durst comes the next day and wants to pick it up, and I say, "whatever you want Mr. Durst," because he is not the type of client I want to get into an argument with. I have his receipt somewhere. I've kept it all this time. Mr. Durst came into my store looking for a 'skeleton.' Sure enough, he finds one, and for under $1,000, we made him happy.

- If you enjoy learning and listening to stories about appraising, collectibles, all things sports, and luxury watches, we are now on the radio at the station, WOR 710 AM, every Sunday evening between 8pm-9pm. Be sure to tune in! 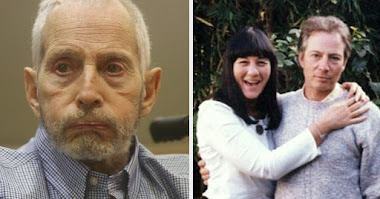